About me and my Low Carb Meals 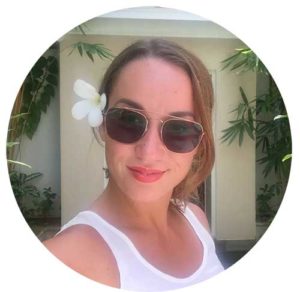 My name is Lucie Braunschweig, I am twenty-seven years old and am a mother of two gorgeous boys, Christopher (4y) and Elias (2y). In August 2017 I decided to become low carb (LC) and truth? It belongs to the best life decisions. In this short article, which wants steel more than five minutes of your time I would like to introduce you my personal experience with the ketogenic diet and what preceded it. As this is an own story of me, it won’t include any scientific substantiation. But all you read here is committed by many of them, so if you are interested, I will share so many information, as you can carry. This article should merely make an introduction, so you can, first of all, decide, whether is this topic something for you or not.

How I started to be unhappy

I never had weight problems, was skinny, sportive and satisfied. That turned after the first baby coming. I gained 20 kg (44 pounds), and that would be perfectly fine if, after some time, they would leave me, as I was doing everything for it. At least I thought at that time. So maybe two lost kg and two years later, I was second time pregnant. Gained next 10kg and was frustrated. What happened to my body? I didn’t even eat “like a pregnant” with the second baby. But what most, when I delivered, not one pound left my body. Like what the hell? There is no logic in it.

So I tried to be patient after all breastfeeding is an excellent weight loser, they say. I don’t have to tell, how many arts of “diets” I tried, but one they had in common: increase carbohydrates, and reduce fats, after all, there is the “fat” word inside. And tons of sports, which wasn’t that easy with two little monsters 🙂 Result? Ok, not zero, but I was tired of my world spinning around food because they say at least five times a day is the right amount. Either I was in the kitchen preparing some awful meals or pushing some dumbbells or running like crazy and at the same time tried to work, study and take care of my family. And I couldn’t find the balance between this all. So I not only felt “fat,” but also utterly incapable of doing something about it. And one is clear; our mindset is fundamental! If it doesn’t correspond to rest, your goals will be very likely not achieved.

It is never too late.

By some coincidence, I ran in an internet article, which talked about LC diet. I was tired of dieting, but I continued reading. And I couldn’t believe my eyes! Maybe if we learn to wish right, our wishes come true, and mine was: I want my bacon and stinky cheese back! And I got it. First of all, we need to make one thing clear. I am not talking about keto diets made of meal bags including some weird powder. That might help, never tried, but I can assure you a JoJo’s effect with some bonus on it.

Low carb is a lifestyle, a healthy lifestyle, where you reduce your income of carbohydrates and increase your revenue of fats – the healthy fats while keeping your protein in the norm. Why and what are the benefits of this “diet,” as losing weight is only the pleasant side effect, you can check in more detail here: www.dietdoctor.com. I promised not to bother you with complicated info. I will instead provide you with my own experience.

From now on I am low carb.

And so I collected some information, what to eat, how often and started straight on. I would lie if I told you that the first days were comfortable, they weren’t. I caught a so named “keto flu,” which is a wholly common side effect of the transition to this diet. At the moment you restrict carbohydrate including sugars, your body starts to fight against because sugar is addictive the same as alcohol or cigarettes. So the keto flu as mentioned above is merely a reaction of our addicted body longing after “next dose.” Some people have only a few days a headache. My side effects were a little worse. No energy, vomiting (just two days) and first days it was hard for me to eat all the fats! Also, I had to stop running for a week or two, as I wasn’t able to. BUT! In two weeks I was a different person. I woke up one day and had the energy to give out.

Benefits from my low carb lifestyle

So I already mentioned the energy. And the other benefits? I lost all the rest weight to the normal one I had before pregnancies. I increased my five times a day eating to two – this type of eating is called intermittent fasting, and it is favorable for our health and side benefit is saving your time in the kitchen. My skin got much better, even though I hadn’t any problem before. My sports results became even better, and I don’t have to think about pre snacks and post snacks all the time.

So summarized, low carb gave me a lot: my figure, which I thought is irreversibly gone, my self-confidence, also it saved me a lot of time, I enjoy eating, because I eat what I love and don’t have to measure the calories and the weight of every portion – you consume till satisfied. And I think a lot more about what I eat and became a lot more creative with recipes.

What do I eat?

The gist of this “diet” is simple. People on low carb lifestyle eat real foods, which means avoiding industrially processed food. Also, we avoid products and groceries, which are high in carbohydrates including fruits and root vegetables (depends how much you want to increase your carbs income), because they consist out of many of them. This limitation is related to insulin fluctuations, which you can read in detail on the link I posted above. From fruits are berries allowed, as they are natural for a human being. You definitely should avoid flour even wholemeal, sugar and legumes.

At first, it might look there is no much left to eat, actually the same I thought at the beginning. But after you get more familiar with allowed foods, you will see, how big the possibilities are. For making a good start is sufficient always to remember, your meal should consist of at least half of the vegetables adding an inch of good fats (olive oil, butter, etc.). With proteins always depends on how intense is your physical activity. But this is NOT a protein diet! 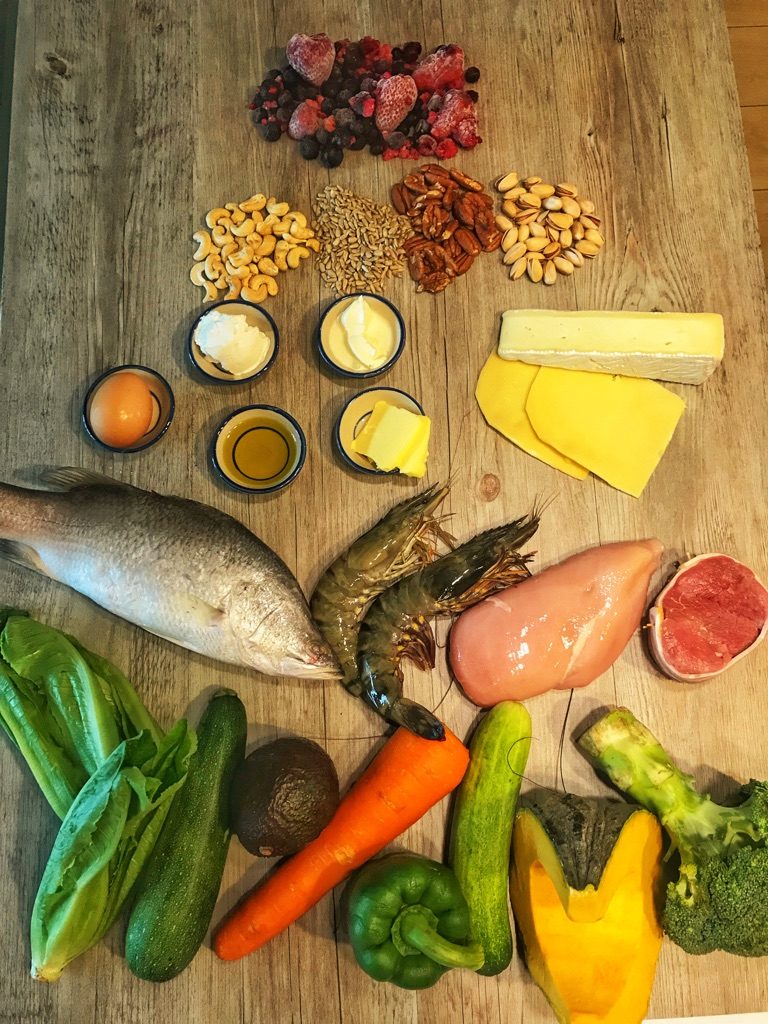 A few words in conclusion

I remember as I started to eat completely different, it wasn’t easy because the first days I went lost with what to cook and what to eat. I was also scared, to eat so many fats, as for a long time it was fixed in my head, that fats aren’t good. But especially in the beginning is very important to eat so many fats, how much your body needs, later this amount will naturally reduce, because your body learns to use energy from own storage.

One year later, completely Low carb addicted, I decided to share my keto recipes in public. It became my passion, and I love to invent new food combinations or to try to find out a low carb version for meals I used to enjoy before LC. As I am originally from the Czech Republic, married with a German, used to live in Spain and USA, spent a lot of time in Italy and currently living in Asia, you can rely on very international cuisine. I hope you will like the recipes and I look forward to your comments and shares.

So! I’m not telling you, that low carb (also known as low carb high fat) is the only way for health and I even can’t promise that this can work for everyone the same, as it did for me (but all people I recommended LC were delighted). But what I know, is that it is worth a try, and there is no other diet, which doesn’t feel like any! You will enjoy your every meal, you will never be hungry again, and you’ll be healthy and lose weight. That is a good deal, isn’t it?

I’ve recently started LCHF, and this is a great tips for maintaining it!! Sometimes I still get confused if I am doing the right thing, and its good thing that there are articles or blog like this to keep me on track!! .I will make sure to bookmark your blog and may come back someday.Thanks